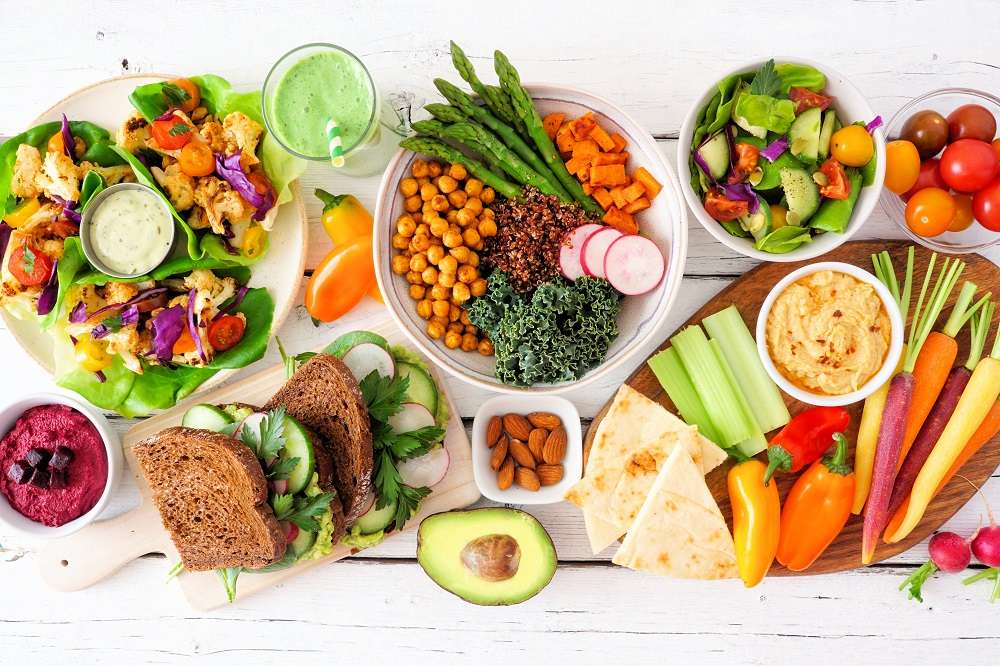 Do you eat healthy foods on a regular basis? In a survey of at-home spending patterns on food among US households, the Economic Research Service (ERS) of the US Department of Agriculture revealed Americans are throwing a lot of their food budgets toward very unhealthy foods.

The average US household spent most of their food budget (nearly 18 percent) on refined grains followed by sugar and candies (at nearly 14 percent). The next highest category was red meat (mostly from concentrated animal feeding operations, or CAFOs), followed by frozen or refrigerated entrees and beverages.

In stark contrast, Americans spent less than 0.5 percent of their food budget on dark green vegetables and a similar amount on orange vegetables. Other vegetables made up less than 4 percent of at-home food spending and whole fruits just over 6 percent.

I believe it is partly a matter of making good choices and partly a matter of getting educated about which foods are truly healthy. Contrary to popular belief, you don’t have to break the bank to eat good food. In fact, many of the healthiest foods that follow are quite economical.

Even better, because there are so many healthy foods, you can plan your meals around what’s in season… and what’s on sale.

In order to protect your health, I advise spending 90 percent of your food budget on whole foods, and only 10 percent on processed foods. Choosing from the list below is a very good start to feeding your family right.

Garlic is rich in manganese, calcium, phosphorus, selenium, and vitamins B6 and C, so it’s beneficial for your bones as well as your thyroid. It’s thought that much of garlic’s therapeutic effect comes from its sulfur-containing compounds, such as allicin, which are also what give it its characteristic smell.
Other health-promoting compounds include oligosaccharides, arginine-rich proteins, selenium, and flavonoids.5 There is research demonstrating garlic’s effects for more than 160 different diseases.6 In general, its benefits fall into four main categories:

In addition, garlic may be effective against drug-resistant bacteria, and research has revealed that as allicin digests in your body, it produces sulfenic acid, a compound that reacts with dangerous free radicals faster than any other known compound.7 This is one of the reasons why I named garlic as one of the top seven anti-aging foods you can consume.

Aside from being rich in protein, fiber, vitamin C, B vitamins, calcium, and minerals, mushrooms are excellent sources of antioxidants. They contain polyphenols and selenium, which are common in the plant world, as well as antioxidants that are unique to mushrooms.

One such antioxidant is ergothioneine, which scientists are now beginning to recognize as a “master antioxidant.” A study in the journal Nature9 discussed the importance of ergothioneine, which is fairly exclusive to mushrooms, describing it as “an unusual sulfur-containing derivative of the amino acid, histidine,” which appears to have a very specific role in protecting your DNA from oxidative damage.

In addition, some of the most potent immunosupportive agents come from mushrooms, and this is one reason why they’re so beneficial for both preventing and treating cancer.

Long-chain polysaccharides, particularly alpha and beta glucan molecules, are primarily responsible for the mushrooms’ beneficial effect on your immune system. In one study, adding one or two servings of dried shiitake mushrooms was found to have a beneficial, modulating effect on immune system function.

To maintain a healthy gut, fermented foods are a necessity. Just one quarter to one half cup of fermented vegetables, eaten with one to three meals per day, can have a dramatically beneficial impact on your health. My research team has also created a starter culture loaded with powerful probiotic strains to help produce high levels of vitamin K2, which many people are deficient in.

Just one cup of kale will flood your body with disease-fighting vitamins K, A, and C, along with respectable amounts of manganese, copper, B vitamins, fiber, calcium, and potassium. With each serving of kale, you’ll also find more than 45 unique flavonoids, which have both antioxidant and anti-inflammatory benefits.

Kale is also a good source of cancer-fighting sulforaphane and indole-3-carbinol. To date, kale has been found to lower the risk of at least five types of cancer, including bladder, breast, colon, ovary, and prostate.12 The glucosinolates in kale and other cruciferous vegetables break down into products that help protect DNA from damage.

While some research suggests raw kale is best for cancer prevention, other studies suggest lightly cooked is best, in part because it improves kale’s ability to bind with bile acids in your digestive tract. This makes the bile acids easier for your body to excrete, which not only has a beneficial impact on your cholesterol levels, but also on your risk of cancer (bile acids have been associated with an increased risk of cancer).

Besides being excellent for your thyroid and your metabolism, coconut oil is rich in lauric acid, which converts in your body to monolaurin, a monoglyceride capable of destroying lipid-coated viruses such as HIV and herpes, influenza, measles, gram-negative bacteria, and protozoa such as Giardia lamblia. Its medium chain fatty acids (MCTs) also impart a number of health benefits, including raising your body’s metabolism and fighting off pathogens.

Additionally, a very exciting and recent discovery is that coconut oil may serve as a natural treatment for Alzheimer’s disease, as MCTs are also a primary source of ketone bodies, which act as an alternate source of brain fuel that can help prevent the brain atrophy associated with dementia. Coconut oil is easy on your digestive system and does not produce an insulin spike in your bloodstream, so for a quick energy boost, you could simply eat a spoonful of coconut oil or add it to your food.

Make sure you choose an organic coconut oil that is unrefined, unbleached, made without heat processing or chemicals, and does not contain genetically engineered ingredients. As an added boon, coconut oil has countless other uses besides cooking and eating — from topical beauty applications to first aid treatments, to general household cleaning.

Brussels sprouts contain sulfur-containing compounds called glucosinolates, which your body uses to make isothiocyanates. These activate cancer-fighting enzyme systems in your body. Brussels sprouts have been linked to the prevention of a number of cancers, including colon cancer, ovarian cancer, and others.

To date, onions have shown a wealth of beneficial properties; they’re anti-allergic, anti-histaminic, anti-inflammatory and antioxidant, all rolled into one. Polyphenols are plant compounds recognized for their disease prevention, antioxidant and anti-aging properties. Onions have a particularly high concentration, with more polyphenols than garlic, leeks, tomatoes, carrots and red bell pepper.

In particular, onions are especially rich in polyphenol flavonoids called quercetin. Quercetin is an antioxidant that many believe prevent histamine release—making quercetin-rich foods “natural antihistamines.” Onions contain numerous anti-cancer compounds, including quercetin, which has been shown to decrease cancer tumor initiation as well as inhibit the proliferation of cultured ovarian, breast and colon cancer cells.24 People who eat more onions, as well as other allium vegetables, have a lower risk of many types of cancer, including:

Blueberries exert positive effects upon your lipid profile, reducing your risk for type 2 diabetes. And because of their bountiful antioxidants, blueberries are one of the best fruits to protect you from premature aging. Blueberries have also been shown to alleviate inflammatory intestinal conditions, such as ulcerative colitis.

Avocados, which are actually classified as a fruit, are low in fructose and rich in healthy monounsaturated fat and potassium, and research has confirmed the avocado’s ability to benefit vascular function and heart health.

Personally, I eat a whole avocado virtually every day, which I usually put in my salad. This increases my healthy fat and calorie intake without raising my protein or carbohydrate intake by much.

Avocados are also very high in potassium (more than twice the amount found in a banana) and will help balance your vitally important potassium-to-sodium ratio. Avocados also provide close to 20 essential health-boosting nutrients, including fiber, vitamin E, B-vitamins, and folic acid. Besides eating them raw, you can use avocado as a fat substitute in recipes calling for butter or other oils.

Another boon of avocados—they’re one of the safest fruits you can buy conventionally grown, so you don’t need to spend more for organic ones. Their thick skin protects the inner fruit from pesticides.

Turmeric, the yellow-pigmented “curry spice” often used in Indian cuisine, contains curcumin, the polyphenol identified as its primary active component and which exhibits over 150 potentially therapeutic activities, which include antioxidant, anti-inflammatory, and anti-cancer properties. 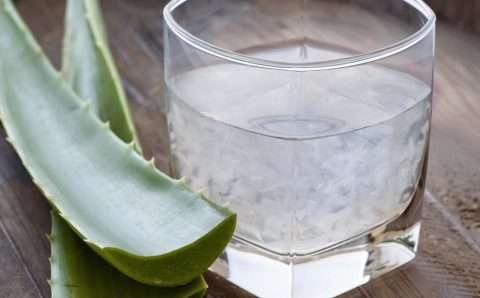 The Egyptians call it the plant of immortality. Aloe Vera comes with significant healing properties.  It's widely known that the plant helps you with some... 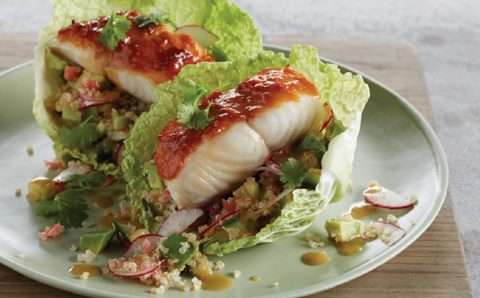 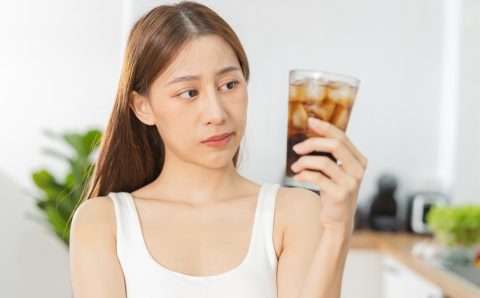 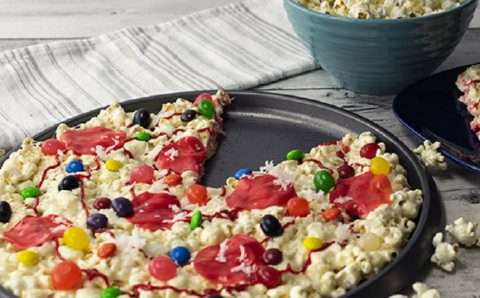 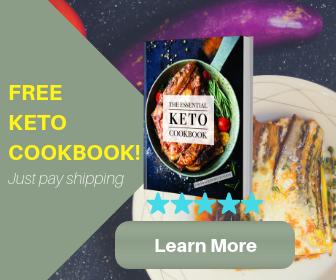